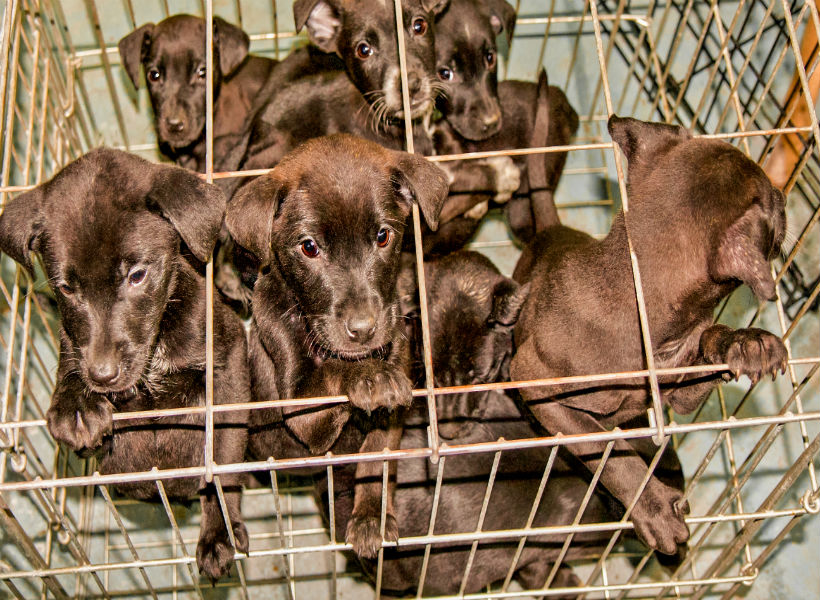 From the state of California comes news that turns the market for the sale of animals upside down.

Effective January 1, 2019, AB 485 prohibits stores from selling to dogs, cats and rabbits that do not come from a shelter. Any business that violates this law will face fines of $500. Perhaps it is not strict enough but it is a good start.
We would like it to be the beginning of the end of the so-called “puppy factories”, businesses that are dedicated to the breeding of animals whose main objective is to obtain an economic benefit. The conditions in which animals live in these types of facilities are precarious and cruel.

In the United Kingdom, the ” Lucy law ” was passed, a law that prohibited the sale of puppies in this type of establishment. The name receives it in honor of a puppy of the Cavalier King Charles Spanier breed that was rescued in 2013 from a puppy farm. The little girl spent much of her life in a cage that prevented her from growing properly, for which her hips ended up fusing, causing a complicated malformation. The case shocked the United Kingdom thanks to an activist who managed to save Lucy and denounced the mistreatment that animals receive in this type of company.
We are aware that animals will only benefit if their sale is banned, but this is a small, big step to stop puppy mills. Buyers must be made aware that what they have in their hands is a life and that the purchase of pets in farms means financially benefiting businesses that promote animal abuse.
From Ortocanis we wish that more governments follow this clear example of respect for animals.
sofia gonzalez
ortocanis.com
09/01/2019/0 Comments/by Ortocanis
https://www.ortocanis.com/blog/wp-content/uploads/2019/01/puppypr.jpg 600 820 Ortocanis https://www.ortocanis.com/blog/wp-content/uploads/2022/03/logoblog1.png Ortocanis2019-01-09 15:09:172019-01-09 15:09:17New US law requires dog stores to sell animals rescued from shelters.

The candidacy headed by Manuela Carmena signed a commitment with groups that defend the rights of animals.

Now Madrid, the candidacy headed by Manuela Carmena, has committed to develop an ordinance that makes the capital “a city friendly to animals” and to create an Office of Protection, after a meeting held between representatives of the candidacy with groups in defense of animal rights, of which he informs Europa Press. 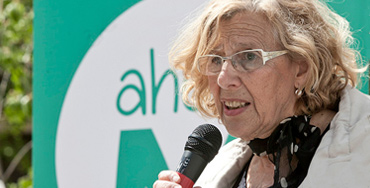 Another key point is the elimination of subsidies or municipal aid to bullfighting shows and bullfighting schools as well as addressing the recommendations of the United Nations Committee on the Rights of the Child on this issue.

The commitment signed by Ahora Madrid in this area has among its programmatic objectives, to bet on a city “close, cohesive and livable”. To this end, they propose lines of action and policies aimed at improving the quality and use of urban space, “its care and improvement for an adequate coexistence in the city”.

As they have explained, in Madrid in particular and in general there has been a notable increase in the number of pets, which has led to a growing social demand for actions to improve coexistence between people who own animals, pets and all citizens.

“As demonstrated by the EU strategy 2012-2015 for the protection and welfare of animals, as well as recent regulations in our environment, there has been a growing interest on the part of citizens to promote respect and protection of all animals and in the obligation to receive a dignified and correct treatment, which in no case, supposes poor hygienic-sanitary conditions contrary to its species and degree of development. It should be noted that this aspect is increasingly demanded by a society aware of the respect that all living beings deserve, “they added.

The regulatory framework in ordinances of the Madrid City Council is from 2001 and Now Madrid considers that the city and the Community “are far from updates that have occurred in the rest of Spanish and European cities”. For all these reasons, they propose the elaboration of a comprehensive human rights ordinance, “that makes Madrid a city friendly to animals”.

The commitment of Ahora Madrid is to include in turn protocols of ethical control of feline colonies through the CES method or the population of wild urban animals and the creation of a municipal registry of pet holders.

They also want to advance to zero slaughter in animal collection centers through the promotion of adoption, sterilization and control of the sale of animals, as well as review the criteria for authorizations of recreational and recreational activities that involve the participation of animals.

On the other hand, within the framework of the competences of the City Council and Madrid Salud, Ahora Madrid intends to create an Animal Protection Office that reorders and follows up on the proposals and guarantees the principles and actions against the mistreatment of animals, “as well as the respect, defense and protection of them”.

This commitment is incorporated as a development of the electoral program in relation to the rights of animals “and will have its development with the participation of the groups and entities that work in this field, with the corresponding institutional proposals in the City of Madrid”, have indicated its promoters. 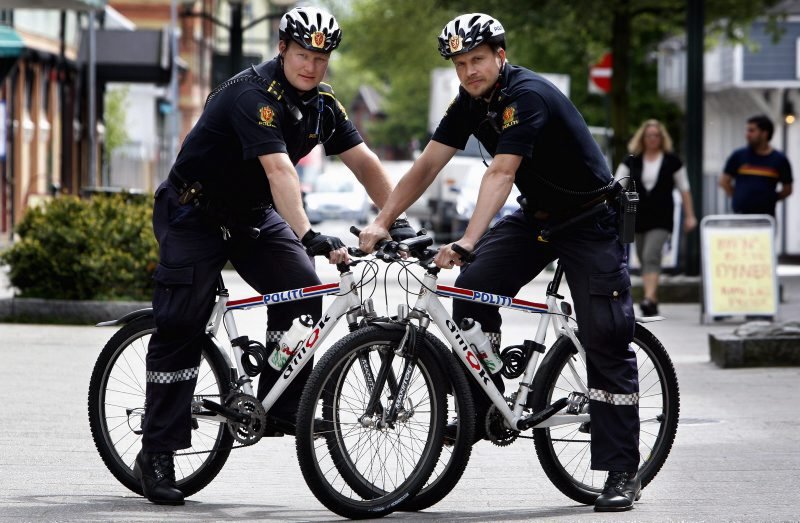 Norway once again gives us a lesson in progress and civility. This small country with only about 5 million inhabitants and a capita income of € 73,400 (2014) proves to be one of the most advanced societies on the planet. Also with regard to respect for animals.

In Norway animal abuse is punishable by up to 3 years in prison and has just formed a special unit against animal abuse that will consist of 3 agents: a legal expert, a coordinator and an investigator. It is also interesting to know that different studies have shown that those who are able to mistreat an animal also have a tendency to mistreat people. Under this argument, the Norwegian police in defense of animal rights are also protecting the same citizens. 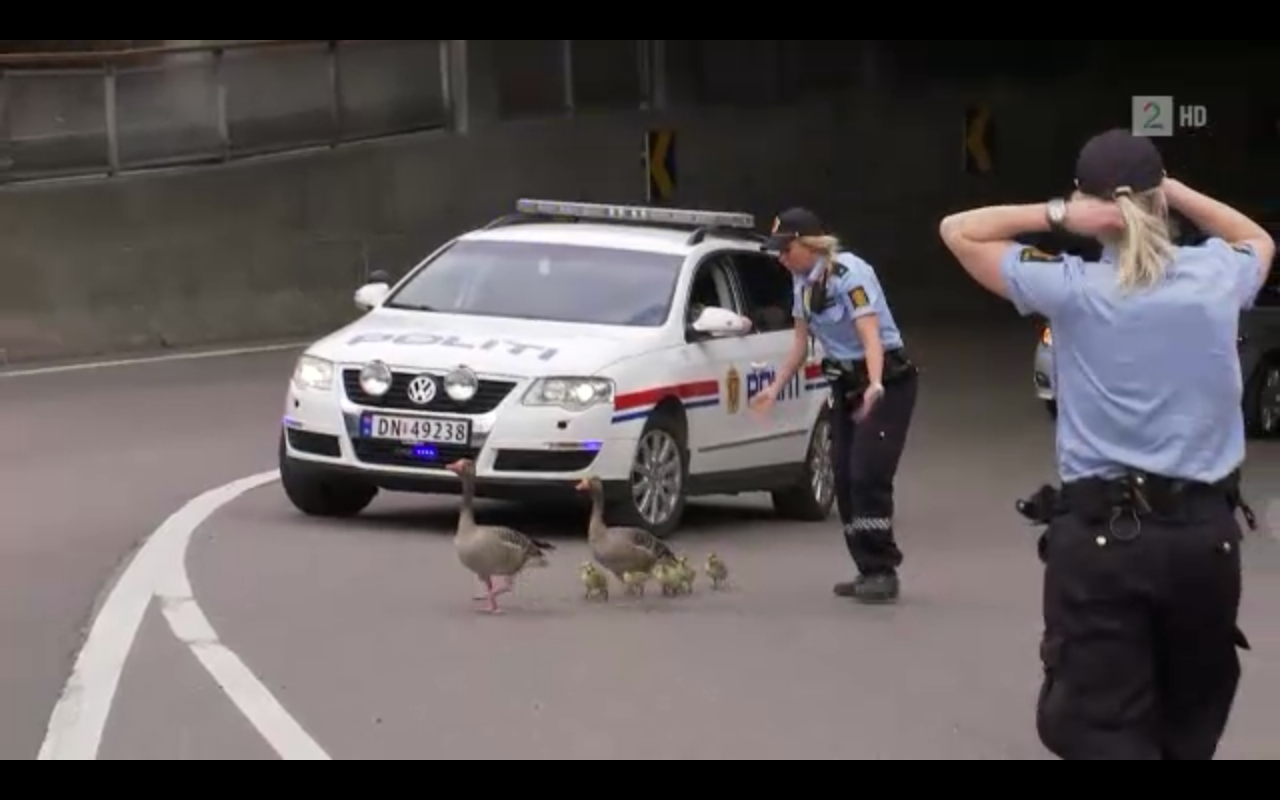 The police unit will be tested for 3 years to see how it works. In 2014, 38 cases of animal abuse were reported to the Norwegian police. Having a unit dedicated to investigating and monitoring animal cruelty may help promote reporting and reduce abuse.

“First of all, it is important to take care of our animals, as they enjoy rights we must follow up to protect them,” says Agriculture Minister Sylvi Lsthaug. 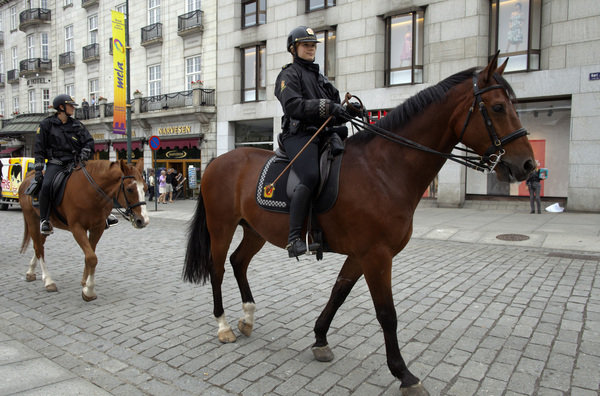 Police units have already been formed in the Netherlands and Sweden for the same purpose as the Norwegian one. In addition, animal rights organizations continue to try to spread this good practice in many other states. Let us hope that more countries will take this initiative, which we think is more than right.