Elbow dysplasia is a disease caused by growth, consisting of a bone disorder that begins with arthritis and turns into osteoarthritis.

It is a genetic disease that is multifactorial in origin and transmitted to the offspring, although it can also be linked to environment, food, body weight, firmness of ligaments, exercise and traumas.
Three different types of osteoarthritis disorders can occur at the level of the elbow:

In all three, the first symptoms appear during growth (at 4 and 5 months old), wherein the dog shows intolerance to exercise manifested by limping when starting a movement or after prolonged exercise.
In some cases where the osteoarthritis is very subtle, the dog can maintain a near normal level of activity throughout their lives. 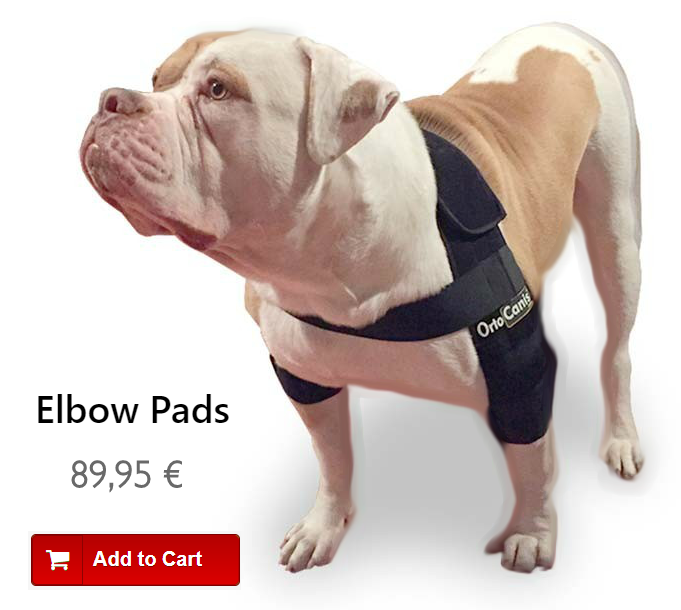 The diagnosis will be reached through the examination of the sum of symptoms and signs found in the animal's clinical history, which will be completed by the veterinarian, they will also send out for X-rays.
The only one of these conditions where symptoms can be seen with an X-ray at apprixmately 4 to 7 months old is the anconeal process, the rest show up after their first year.

The sooner the diagnosis is made, the sooner treatment can be started, thus preventing the formation of osteoarthritis that, on the one side will cause pain, and on the other, will limit the functional capacity of the affected elbow for the rest of the dog's life, occasioning consequent disorders.

Normally surgery is recommended, though it depends on the degree of the injury and how long it has existed. Treatment should first be attempted through natural means and, while some authors prefer to prescribe rest for the pain, it is preferable to administer an analgesic. Another solution is the use of supports or elbow orthotics for the animal, such as those manufactured by Ortocanis. Many cases have demonstrated how these supports have helped the animal to progress very favorably.

Rehabilitation varies depending on the type and extent of the injury, however in general it is unfavorable without performing surgery. If the surgery is performed before the onset of osteoarthritis, the prognosis is good.

In cases already presenting degenerative changes, despite having had the surgery, it possible for the pain to go away however limitation of joint movement may still remain.

Oversized breeds of dogs are predisposed to having precocious development and should be put on a diet avoiding excess protein as well as the abuse of calcium and vitamins.

During growth, exercise should be limited to avoid games where the dog jumps (ex. Frisbee) and avoid repeated small injuries that cause or aggravate injuries.

Genetic Control: It is has been shown that genetics influence the onset of elbow dysplasia; restricting the reproduction of those animals afflicted with the disease is recommended, regardless of the severity of the disorder, thus preventing the transmission of this serious disease.

Treatment of elbow dysplasia in dogs