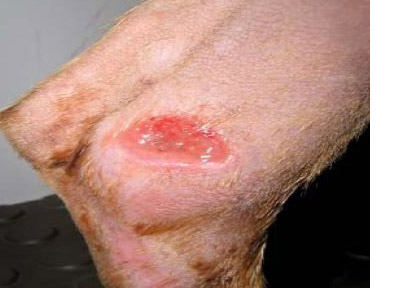 Pressure ulcers, also known as sores or bedsores due to inactivity, are lesions that appear on the skin when animals spend too much time in the same position, which causes friction and pressure on some parts of the body. Prolonged pressure hinders or disrupts the blood supply to the area thus killing the skin, muscle and even the bone. When these dead tissues are released, the ulcer forms. This also facilitates the entry of bacteria, causing infections that can become very serious. They are a dangerous complication in complicated orthopedic processes, however they are avoidable in most cases. 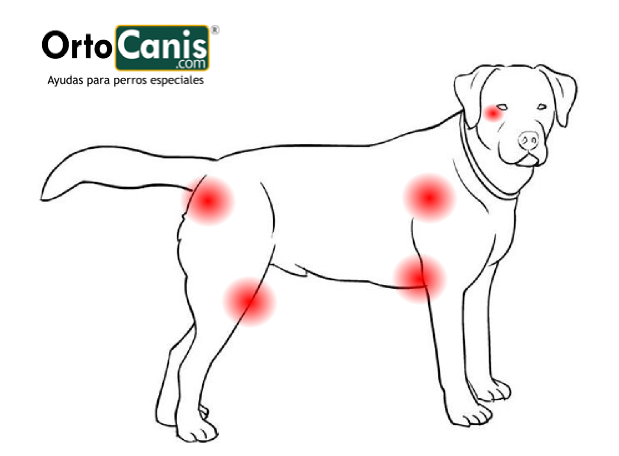 This problem occurs mainly in immobile animals: quadriplegic or paraplegic dogs, elderly dogs or those with serious illnesses.

There are a bunch of factors that contribute to the development of ulcers, most of which can be controlled: 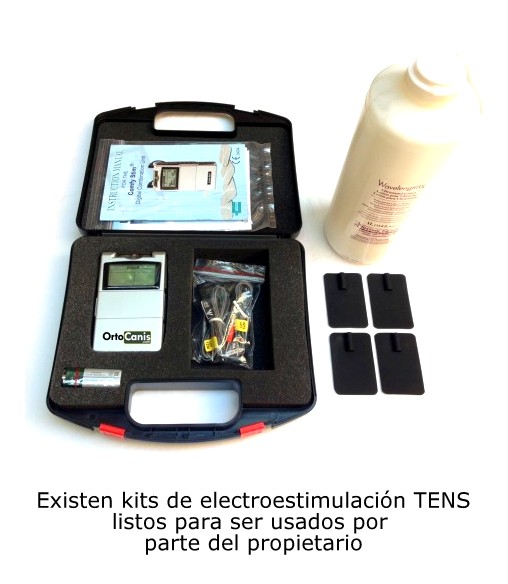 It’s of the upmost importance to change the animal’s position every 2 or 3 hours. Unless contraindicated by the vet, an animal should always be moving, and when possible, by themselves. If they have difficulties, we must help them several times a day. This way, in addition to preventing ulcers, we strengthen the muscles and stimulate the nerves. This is essential to rehabilitation, mental health and intestinal activity. Furthermore, we will avoid muscle and bone pain that is a cause of infrequent posture changes.

We can use passive exercises if the animal can’t move on its own, that is, move their limbs in order to prevent the joints from losing elasticity and avoid them always being supported on the same side.

Using a wheelchair for animals with hindlimb immobility can be extremely useful, it will allow them to move independently and prevent the majority of the problems caused by inactivity.

Irritation from urine, feces or other fluids

Daily cleaning of our animal is essential for avoiding ulcers, as well as not using fabrics that cause humidity to remain in permanent contact with the skin. We should also take care of and disinfect the possible wounds. 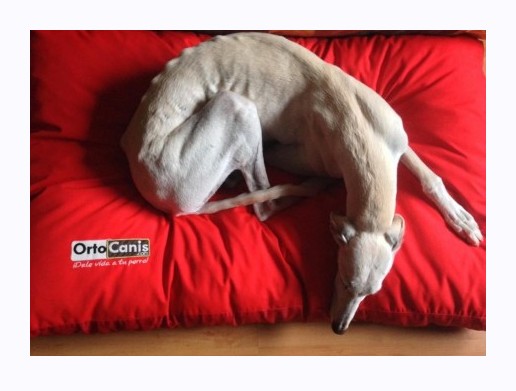 Older animals are more likely to have ulcers since their skin is less flexible. With them it’s especially important to use beds with an optimal hardness or orthopedic beds.

An insufficient or unbalanced supply of nutrients will cause the animal’s body not to have the ability to regenerate the affected tissues. This will also worsen the health of the bones and muscles. Furthermore, in the event of another illness being present, instead of curing itself it tends to worsen.

This not only increases pressure support, but we have also seen that excess fat promotes inflammation, worsening the symptoms of the ulcers as well as of the other illnesses the animal may have. 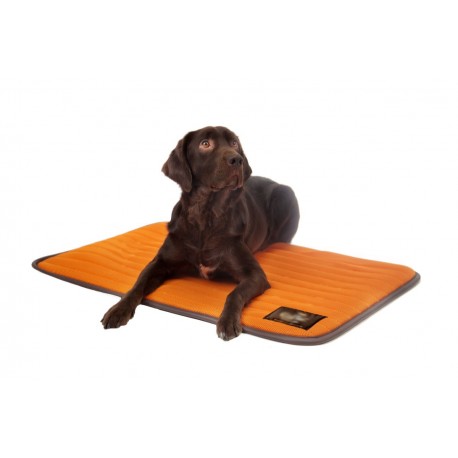 This is of vital importance. We should avoid beds that are too hard or too soft that force the animal’s position. There are beds with special anti-bedsore fabrics that that can be of great help.

Dogs with this disease are more likely to develop ulcers because their healing capacity is reduced. Thus, with minimal friction, wounds can appear that don’t heal properly and turn into ulcers.

This disease can make the ulcers more severe or even cause them. Diabetes affects blood vessels, nerves and skin and also increases the risk of infection. 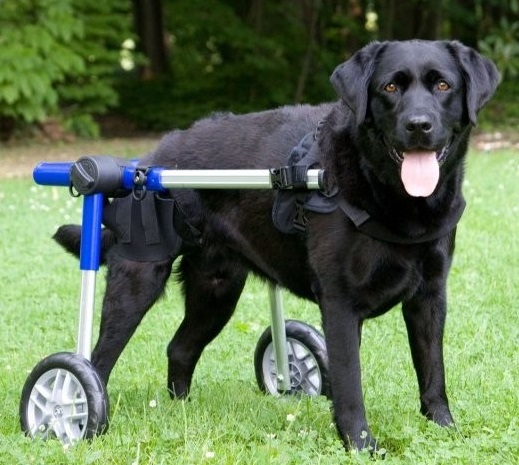