Agility is a tremendously complete sport for a dog, combining perfectly the work of the body and mind, as Juvenal said in the first century AD: "Mens sana in corpore Sano". To compete in Agility, dogs must be physically and mentally fit.

Generally a very close relationship exists between an Agility guide and their pet, a good understanding between guide and pet is vital for excelling on an Agility test; the guide has to know everything about the animal and determines how exactly to stimulate their mental focus. 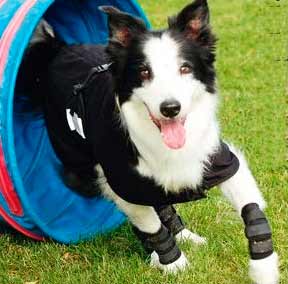 Unfortunately we know less than we would like to about training Agility dogs, and dogs in any other discipline for that matter.

The guide is in charge of evalating the mental state of the dog. Nevertheless, any fitness, bone and joint problems, even small annoyances or contractures, are more difficult to observe, assess and solve.

Agility dogs require strong muscular hindlimbs as there is a high likelihood of carpal bone and joint problems. Tendon and ligament problems often go unnoticed and when we finally realize there is a problem, it is often too late. The dog is usually very motivated to go out and train and enjoys running, jumping and, all too often, does not communicate the little annoyances that can lead to a more serious injury if not detected in a timely fashion or if their most active body parts are not adequately protected.

Jean Marie Denoix, one of the world’s leading equine sports veterinarians, has a saying that goes as followed, "The athletic horse is a horse that suffers". The same sentence can be applied to a highly competitive dog. Muscle, joint and ligament requirements are well above the norm which means there is a high risk of injury.

There are probably not as many ankle sprains in athletic dogs as in human athletes, however muscle spasms, jerks, or carpal sprains as just a few examples of ailments that athletic dogs may suffer from.

Many human athletes know their own history, they run or compete in other sports using protection, such as knee wraps or wristbands. Top athletes are now also using kinesiotaping, or neurotaping... all these devices are intended to give support, stability and warmth to their muscles and joints, thus improving their functionality. 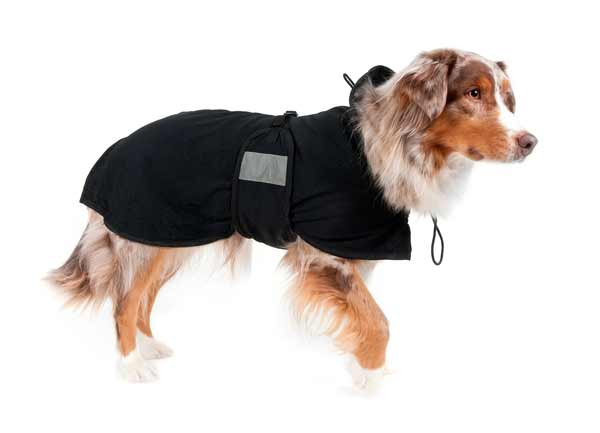 There are similar tools used for dogs, which would be good for agilitists to know of and use when necessary, which can now be acquired in Spain as well as in Latin America through www.ortocanis.com. These carpal or tarsal protectors can be useful in cases of overstrained muscles, joints or tendon sheaths, both during the recovery process and right before competition, or to prevent relapse. The ceramic fabric jackets help keep the dog warm between stages of the race and improve post-performance recovery, they are also strongly recommended in cold weather or humid environments.

Prevention should always be the top priority.