The fundamental role of physical therapy for a dog recovering from a torn anterior cruciate ligament.

The anterior cruciate or cranial ligaments are a structure that is often afflicted in dogs. Their rupture is one of the main causes of limping in the hindlimbs. The main reason that causes this rupture is associated with a chronic degenerative process, as the tear is rarely attributed to a traumatic cause. 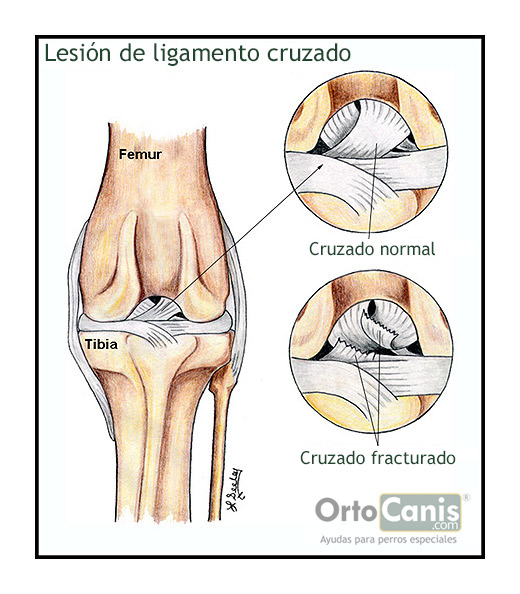 There are several main predisposing factors of a torn anterior cruciate ligament. On the one hand, it primarily affects large breeds, although it also affects certain small breeds with a particular anatomical conformation, such as having very straight legs, hyperextended knee or excessive rotation of the tibia. Among the most highly predisposed breeds are the Rottweiler, Labrador, Boxers and St. Bernard. Regarding the smaller breeds with this conformation the Miniature Schnauzer, Dachshunds and Basset Hounds stand out, among others. Joint instability due to degeneration ultimately ends up tearing the anterior cruciate ligaments, hence the need to prevent this risk by using knee braces that stabilize the joint. There can also be a predisposition for a torn anterior cruciate ligament in small dog breeds where patellar dislocation is very common, a fact that favors the joint instability that causes the tear. Excess weight and age are also predisposing factors. It is common for a dog that breaks their anterior cruciate ligament in one knee to break the other ligament after awhile.

The job of the anterior cruciate ligament is to limit the internal rotation and cranial displacement of the tibia as well as the joint’s hyperextension. Therefore, one of the main diagnoses methods of this tear besides a limp in the affected hindlimb, is with a physical examination of the dog and the so called “drawer motion”, during which we confirm the cranial displacement of the tibia. Another diagnostic method is using an x-ray, where the popliteal sesamoid bone is found cranially displaced from its normal position. 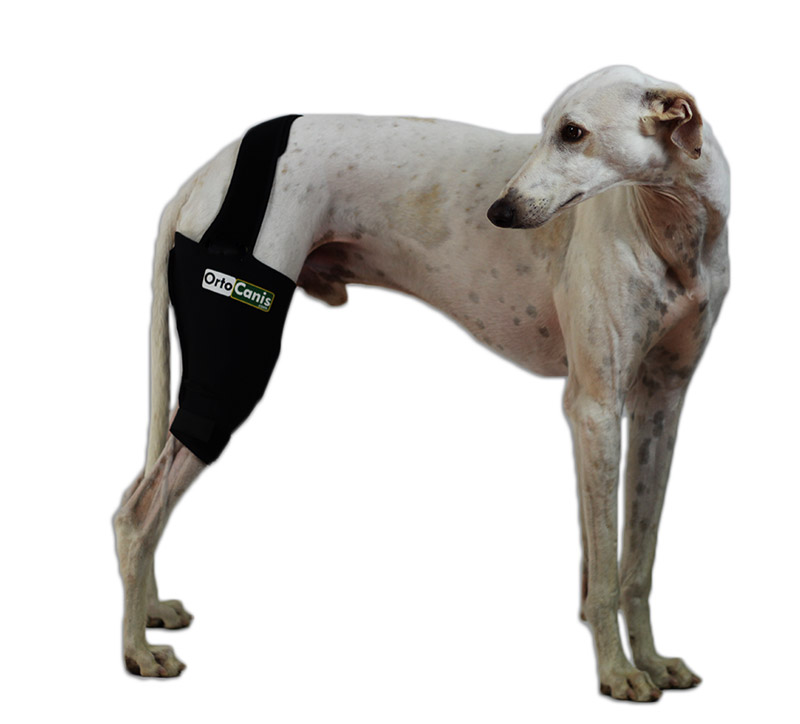 If surgery is the recommended treatment for this tear, it should be done as soon as possible once the tear has been diagnosed. Physical therapy will vary depending on the patient and type of operation, since some techniques will require greater stabilization. Regarding the extracapsular surgical techniques, recent studies such as the one from the Federal University of Santa María (Berté et al., 2012)* stress the importance of physical therapy postoperatively for the dog’s prompt and effective recovery. This is very important, as there are surgeons who are unfamiliar with the vast improvement physical therapy provides and they are hesitant to recommend it, believing that it could harm the recovery process. On the contrary, these authors designed a study in which they divided a number of patients with a torn anterior cruciate ligament surgically treated with extracapsular techniques into two groups. The first group was given a set of physical therapy exercises, while the other group was not. The results demonstrated that the physical therapy modalities used in the postoperative period not only did not create instability in the operated knee, but also allowed for an improvement in the recovery of walking with respect to the group that did not receive physical therapy.

The exercises were as following: On the one hand, they used cryotherapy, a technique that applies cold. For example, by using bags of ice, we reduce pain and inflammation of the joint in the knee after surgery. They were also administered neuromuscular electric stimulation, which consists of applying ultrasound conductive gel through which an electric current via electrodes is applied thus stimulating the muscles. There is also the possibility of combining electrotherapy with ultrasounds. On the other hand, hydrotherapy also allowed for an improved rehabilitation. Another modality used in this group of patients was therapeutic exercises with ramps, cones, balls and several others that successfully contributed to a speedy recovery. Strengthening and passive mobilization of the joint also helped to prevent joint atrophy.

Finally, we must mention that keeping the knee joint stabilized to the maximum extent possible after surgery is a priority. To do so, a knee brace after the initial postoperative inflammation has gone down will contribute to improving the prognosis after a tear of the anterior cruciate ligament.