How is the dog's knee? Most common problems

The knee joint is quite unstable compared to other parts of the body, so they are relatively easy to injure. Knee problems can appear from various causes, although the most frequent have a traumatic origin. They are often due to blows, sudden movements or appear after intense exercise. Lameness in these cases is common. 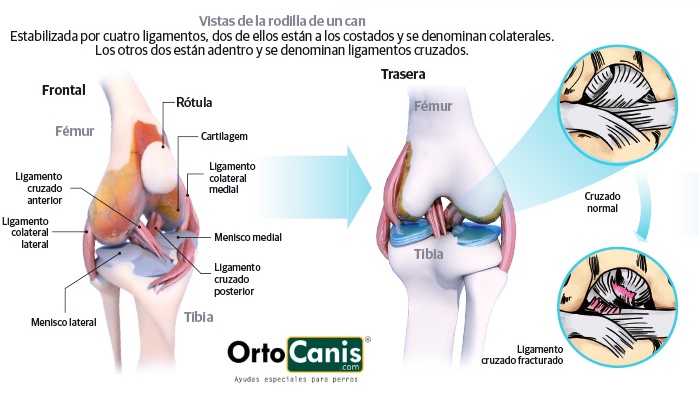 FRONT AND REAR VIEW OF THE DOG'S RIGHT KNEE

Ligaments: they provide firmness and also provide the strength and stability necessary to support the weight of the dog, allowing adequate movement as well as the correct positioning of the joint.

The main ligaments of this joint are the collateral ligaments together with the cruciate ligaments.

The menisci: They are pieces of elastic and resistant cartilage tissue that cushion impacts, provide stability and improve joint cohesion. Its function is thecorrect coupling between the femur and the tibia.

Patella : Within the structures that make up the knee, there are small bones called sesamoids, which favor the displacement of tendons and muscles in the joint. Among them, the patella is the largest sesamoid. The dog's knee consists of 4 sesamoideos while the human only has the patella.

Knee pathologies cause the loss of stability in the joint and often trigger osteoarthritis. 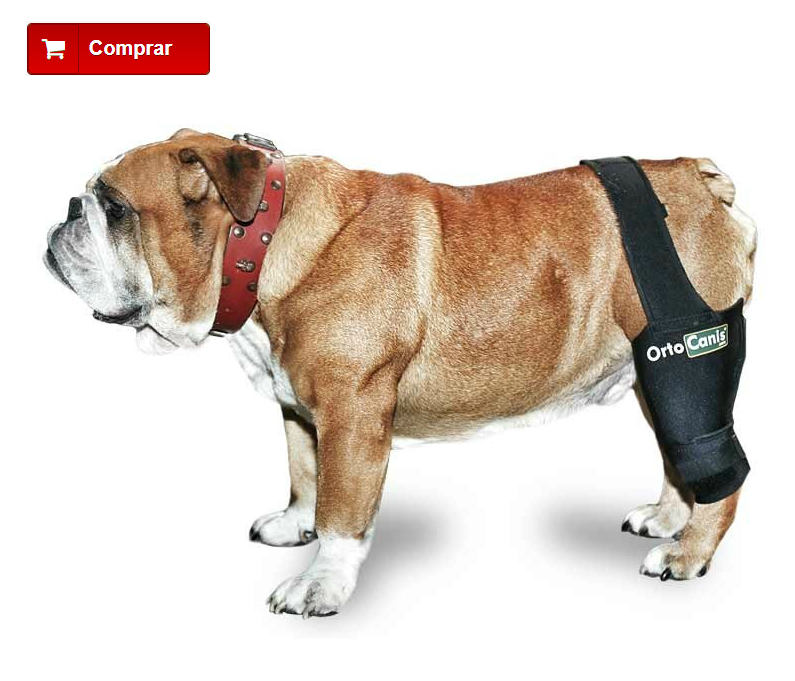 Theknee orthosisthey compensate for the loss of function of the dog's joint and reduce lateral displacement of the knee. Thanks to the increase in blood flow and the working temperature of the joint, pain is reduced in cases of arthritis or osteoarthritis, cruciate ligament injury, meniscus injury, patella problems and tendinitis. They represent a type of conservative orthopedic treatment that allows the patella to be kept in its correct location with respect to the femur in a way that avoids pain and instability.

Thearticulated knee orthosisThey are useful in cases in which the surgery has not had the expected results, is contraindicated or it is decided not to operate for different reasons. This type of orthosis is used especially in cases of patella dislocation, to limit lateral movements and provide more stability, thanks to the aluminum lateral joints that they incorporate.