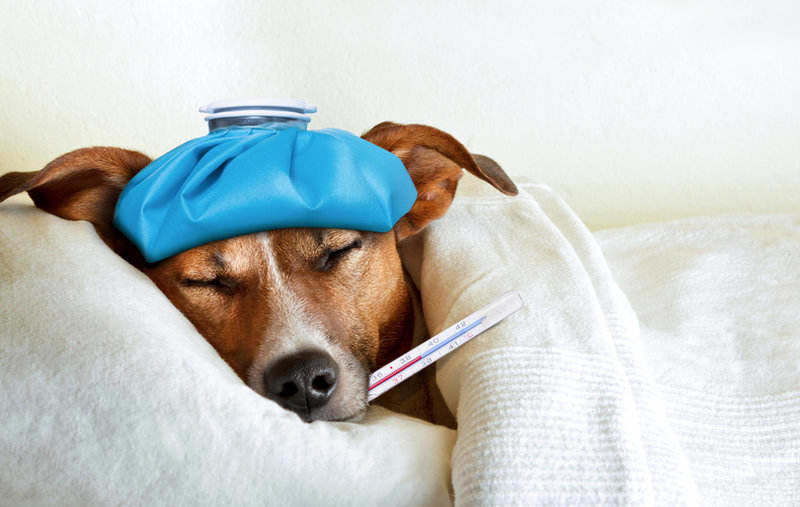 Not only humans get colds. Animals can also catch colds. Among them, the dogs. And practically for the same reasons that we humans catch them: a cold, a wetness, a sharp and sudden change in temperature, exposure to viruses, etc. The cold in dogs , in addition to being uncomfortable, causes various discomforts to animals. That is why it is important to be vigilant when they begin to show symptoms.

You also have to make sure not to confuse it with one of the most common and dangerous diseases for dogs: distemper . In principle, when the first symptoms appear, you can get confused. For this reason, it is important to go to the veterinarian as soon as the animal begins to show signs of not feeling very well. A cold, unlike distemper, is a mild illness that usually goes away in a week or two. As long as the animal is properly cared for

When a dog catches a cold, it begins to show symptoms very soon. Among the main ones, some that may sound familiar to many. Sneezing , congestion , watery eyes, some cough, runny nose , little desire to eat, etc. You may also have a fever, and you won’t feel too well. These symptoms can last between one and two weeks , and must be monitored so that the cold in dogs does not become something more serious.

If the dog is observed to have difficulty breathing or a fever , it is advisable to go to the vet immediately . The same if when breathing you hear a whistling sound. The specialist will examine the animal and decide if they are complications of the cold or some more serious pathology that requires specialized treatment.

The care that a cold dog requires

As such, the cold in dogs does not have a specific treatment. Only its symptoms can be relieved . In general, try to make it comfortable and warm . And provide a balanced diet. He may not have much of an appetite, so it’s wise to put something he particularly likes within his reach. And try to have a bed to rest as comfortable as possible . Like this one, which, as it is also made of thermal fabric, will provide you with warmth that will alleviate your discomfort.

The fact that the dog has a cold does not mean that it should not go outside. Of course, with shorter walks . You should also avoid taking him out during the coldest hours of the day. On the other hand, even if he is not hungry, you have to try to make him drink liquid , even if it is little. In this case, do it several times. This will help you reduce and expel mucus. It is also important, if there is more than one dog at home, to separate the one with a cold from the others . This way you will avoid infections.

In general, do not medicate the dog without the opinion of a veterinarian. If the cold is mild and there are no complications , he will not prescribe anything beyond a syrup or simply an extra vitamin C. He may also recommend some home remedy to relieve him. But nothing more. In a week or two, the dog should be fit again and without a trace of the cold.

How to choose a dog harness
Scroll to top